Unless you walk in my shoes….

Written by najma on October 25, 2019. Posted in Uncategorized. 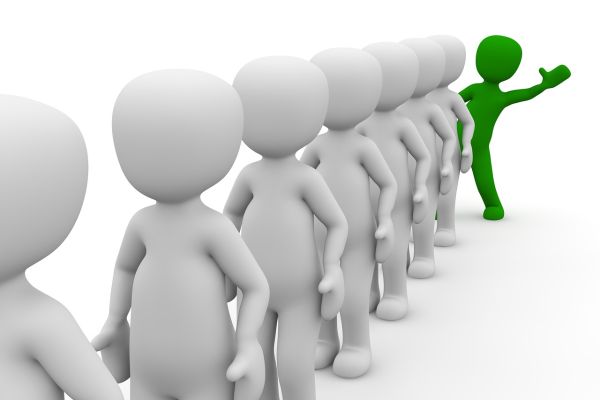 Do you judge? Yes, you. You might gasp in indignation and say : “who, me? I am very openminded, tolerant and understanding. Why would I judge?”

Ah, but you see we all do. Sometimes with malicious glee and self righteous sense of morality: ” You wouldn’t catch me dead in that place, that dress, with a car like that, ___________insert your disgust here.

It is so easy to believe we can do better than others. Even feel that if it was our child who was throwing a tantrum at the supermarket we would handle it better. The little brat would really know who was boss.

We ladies are especially guilty of dissecting other people’s marriages and/or relationships and: “What is she thinking! Squandering away such ‘gold’? Does she have no idea how hard it is to find a good honest man like hers? She must not treat him well for him to behave like that!”

Or maybe we feel that if we had the opportunities or the relationships that so and so has we would do a fantastic job (what does he know?); that the challenges he was facing would not even arise.

Or that we would have given a more assertive reply to the rude salesperson or the insensitive family member. Or that we would have gotten a bigger discount, saved more money, given a better presentation, raised more disciplined and genius kids. Gotten better grades; nailed the speech or gotten the promotion if it was us!

It is so easy to label others; to judge their decisions and their actions, to tut tut at their slips and failures; to conveniently fit them into a square box of our choosing:

Unless we walk in someone else’s shoes…..we have no right to judge.

That was brought home to me quite vividly the other day. A lady friend of mine constantly complains (I write this with her permission) that her husband has no inclination or energy after work to do much except collapse on the living room sofa infront of the T.V. She felt he was just being lazy and inconsiderate; unwilling to put any effort towards keeping their marriage fresh and interesting. After all everyone worked long hours including herself; he was not exempt from playing his part.

So she spoke of it to whoever would listen and bored everyone with her tales of marital unrest. One day on leave from her own job, she decided to spend the day with her hubby at his. Her husband works outdoors; his job is physically demanding and requires superhuman amounts of patience for dealing with unreasonable authorities and impractical demands from clients. Traffic jams are not part of his commute, they are an ingrained section of his work day. Moving from meeting to meeting across opposite ends of town in scorching weather was one item on his job description.

When she returned that evening, my friend had no strength or energy to do anything other than to collapse on the living room sofa in front of the TV. Her hubby raised his eyebrows at her and struggled to keep from grinning with amusement and told her: “I am sorry you had to go through that.”

She freely admits that now she has more respect for him and his work. She understands him better and plans for their outings and their time together bearing all the challenges he faces during a typical day in mind. She admits she doesn’t nag him that much about it these days. Somehow that seemed to motivate him to get involved that years of judgement from her could not.

I am not a fan of any of the social media apps. I reluctantly and grumpily have some on my phone out of necessity. I often pray for a freeze of the internet or a blackout so I won’t have to use them. I don’t like how dependent we have become to them so to speak.

I also (had) never understood the appeal of modern day entertainment via YouTube, Netflix etc. I considered anyone who spent more than half an hour on there as hooked, attached, addicted and as merely one who has no self control or a life for that matter.

And what’s with the selfie obsession?

My kids, on the other hand, being teens of the 21st century, never seem to tire of YouTube or Instagram or the latest PlayStation update when they can get some time away from the demands of the brutal Kenyan school curriculum.

I, being the good mother that I am, shout, nag, bribe and yes, I admit it, even threaten that if they do not find other ways to entertain themselves I will ground them until a few days to their wedding and that I will stop paying for the internet and so on.

I am not proud to say that I was always reminding them of my teen years when my nose was always in a novel or nonfiction book hence my always great grades blah blah. I conveniently forgot my own mother’s concern that I get up and do something else with my hands (Like learning how to cook or sew) and my time (like going out to visit with family) instead of my nose always being invariably behind the covers of a paperback.

That is until I stumbled upon a children’s series- on YouTube no less- and I was hooked. Work, writing, chores, and other duties were impatiently done away with so I could settle in to watch the latest instalment. I can tell you Princess and Little Man are smiling with amusement at their darling Mum.

Understanding the appeal made me realise I had been too harsh with them and all the others I had been quick to judge and dismiss.

From the outside looking in, it takes no effort or any sacrifice to believe you would ace the interview, be a better husband or wife or parent or student or Muslim or child or employee than the person who is in there doing his best for the most part.

We all could benefit from advice here and there even when it’s the last thing we want to hear.

But none of us has the right to decide that were you in my home, being a mother to my kids, or out in the world as a Mombasa Mommy or at my place of work, or in my relationships; unless you have walked in my shoes, experienced my struggles, realized my limitations you have no right to judge how I live my life or raise my kids or how I am being me.

And I have no right to judge you.

JUST IN: A Mombasa Mommy is self hosted now! Please find my next post at amombasamommy.co.ke