Lessons in Life- A Grandmother’s Perspective

Written by najma on March 23, 2020. Posted in habits, inspiration, life and laughs. 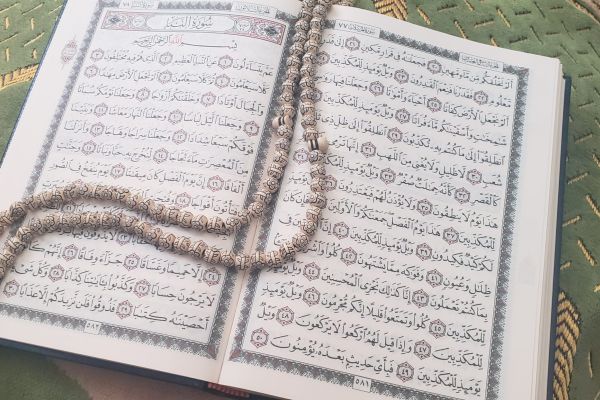 My Hababa was past her 85th year when she died on Thursday the 9th of June 2016. It was like one day she was there and then one day, suddenly, she wasn’t. There are people in our lives that, may Allah forgive us, you just cannot picture them not being around. You expect to hear their footsteps at the front door and their puttering around the house. You expect to see them at their favourite chair sitting, reading or conversing with guests or visitors.

So, grandma may Allah have mercy on her, left us one fine morning a day or two into the Ramadhan of that year leaving us and all those who knew her stunned and in shock. The very same day, her daughter (My mum, Mama M) was flying in from across the Atlantic, blissfully unaware of any of the events that were unfolding.  I was tasked that very same day, with picking her up from the airport. How do you tell someone, your own mother, that her own mother was gone? But that’s a story for another day.

Hababa was full of life, energy and wisdom. She never tired of sharing her thoughts about life and that wisdom with us. She believed in discipline, was big hearted and generous and adored her grandchildren. Her faith always came first and she made no compromises for it.

She was a fantastic cook, and we learned to eat and appreciate vegetables (not an easy feat:-) )from her.

The lessons we have taken –and are still taking- from her life are enough to warrant a whole book.

She enriched the path of all those who were lucky enough to meet her however briefly. There is so much that we, her grandchildren, learned from her about life, relationships, food, giving, God, neighbours- you name it she had an impact on it.

At an age when women several decades younger than her, sadly, complain of various aches and pains; have difficulty with climbing stairs or walking; pray while they are seated, Hababa mashaAllah was always a symbol of good health.

She was saved from modern day lifestyle diseases like high blood pressure and diabetes; had her own full set of teeth and could read the Qur’an without glasses. It goes to show us that advance age does not have to equal disease.

Although, in the spirit of full disclosure she was starting to lose her memory in the last two years of her life.

Having lived a hard and physically demanding life without complaint or self pity, it is no wonder, then, that there are many lessons on health, life and being human that I learned from my grandmother, may Allah have mercy on her.

Early to Bed Early To Rise.

No matter which part of the world she happened to be, Hababa would go to bed early. She would, invariably, wake up at 4am to pray, recite the Qur’aan and get ahead of the day. When she was a young girl, she would go tend to the goats and sheep; and later as a young mother, take care of the household chores. This early bird habit never changed even when her life circumstances changed.

Long before morning routines (and bed making) were all over the internet and such the big deal that it is now (and a supposed habit of the super-rich) Hababa viewed it as part of appreciating your time on earth by waking up early.

I don’t remember seeing Hababa, mashaAllah, sitting idly doing nothing. She was a big proponent of being useful, staying active and keeping busy with the right things. Hababa was either folding laundry, organising closets, or lovingly preparing to cook a meal rich with vegetables. She was extremely houseproud, and while she had little material wealth all her life, her home was always spotlessly clean and her linens were fresh, well co-ordinated, and pretty to look at.

While Hababa wasn’t vain, she still made the effort to look presentable at all times. Her modest dresses were always bright and she made sure her head covering was a match or at least coordinated with what she was wearing.

Hababa would make her own quilted linens, put sequins delicately on bags and pillows and sell them for a pittance almost.

She loved doing laundry; handwashed everything with extreme care. She had a particular method to doing laundry that we believe that, had she patented it, many drycleaners would have gone out of business.

When mobile phones appeared on the scene, and people were glued to the screen she scoffed at the blatant misuse of time. She often used to reprimand us that we could do much better than stare at dead lifeless metals. She herself, as soon as she could, found herself a teacher to teach her how to read and write.

Always Connected to her Lord

Prayer, for Hababa, was like air. She lived by it, propped herself up with it during difficult times- and there were many- was super strict with all of us about it; was either waiting eagerly for prayer time or raising her hands to Allah for every last thing. She said a prayer for everyone whether deserving or not. She said a prayer for you when you visited her or gave her a gift. Said a prayer for whoever sent her well wishes; said a prayer for all children everywhere and all the sick and all those in need. Her faith in the Almighty and His plans were unwavering.

Hababa found joy and satisfaction in giving. She gave and gave and never seemed to run out mashaAllah, even when it seemed she had nothing more to give. She taught us that in giving one becomes wealthy and that a person was as wealthy as he believed himself to be. Wealth was in spirit and not necessarily literal. That she always preached.

Stand Up and Speak

Hababa, mashaAllah, was no nonsense and brooked no arguments when it came to fairness and justice. She spoke her mind without fear, called a spade a spade and encouraged women to stand up and speak up. She hated bullies whether they were adults or children and called them out often. Often the bullies did not dare cross her- they knew very well they would not be able to take her tongue lashing 🙂

I could write about my Hababa all day. I promise to write more on her gifts to us-especially about health.

I hope what you have learned about her so far has helped lighten up your day a little, inspired you to be the best you my grandma believed we all could be regardless of where we are or what we have been through.

And if you still have a living grandparent appreciate her or him. Spend as much time as you can with because one day, just like Hababa, they will be gone. And you will be left listening for their footfalls, and leaving their seat open. May Allah bless all our parents and grandparents. Ameen.