What Do You See When You See Me?

Written by najma on February 26, 2021. Posted in A better world, inspiration, Uncategorized. 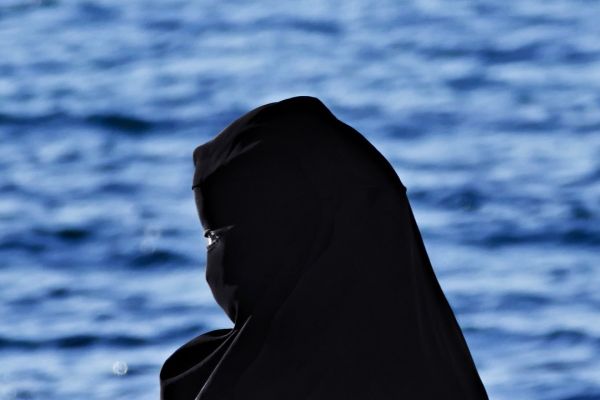 A few Saturdays ago I had to attend a meeting at Princess’ school.

I flagged down a tuktuk, bargained the fare with the driver (which he won) and we were on our way.  Now Princess’ school isn’t that far to walk to if you are not pressed for time. But it is far enough to count as a workout if you so choose.

I am not one to engage tuktuk drivers in conversation but that day I said out loud that had the weather been cooler I would have walked.

At this, the tuktuk driver made a rude snorting noise. He then went on to add in a scoffing derogatory manner that women like me ‘don’t walk.’

His obvious meaning was that we ‘don’t walk’ because we are lazy, entitled, and wasteful. Which is ironic given the fact that if everyone walked everywhere or took a matatu or drove he would be out of a job pretty darn quick.

I was enraged- I snapped at him and was about to tell him to stop the vehicle and let me off. We would see how my walking would serve him. Then it occurred to me that this would be a wonderful opportunity to do a social experiment and some research.

I calmed myself down and as we waited in traffic I asked him, given my appearance, what he thought I was or what it was I did for a living.

Now to give you some background of what he had to work with. When I am out in public, I am always dressed in head to toe black, in a voluminous abaya with only my eyes visible. Which is what caused him, I assume, to declare pompously and erroneously that women like me ‘don’t walk’. Because that is the stereotype associated with us.

He had the good grace (now) to say that I was putting him in an uncomfortable position. I assured him that whatever he said I would take in good nature.

He said I probably wasn’t Kenyan given my “very eloquent” Kiswahili so he would guess I was Tanzanian.

He said because I mentioned Old Town and the location of Princess’ school (I hadn’t mentioned the school itself) he figured I probably had some business to take care of. Duhhh…

He said he would peg me at having reached Class 7 of  primary level education. But he was quick to point out that I probably wasn’t a product of the 8-4-4 system because the old education model produced better, more intelligent students.
I think he believed that was a compliment.

Although bearing in mind he believed me to be Tanzanian it was quite confusing.  He continued by adding that at best I was a madrasa (Islamic school teacher) given my attire.

When we reached Princess’ school and I was about to alight I enlightened him about myself and “people who look like me”.

First I asked him his age. I needed to know just how many years he had spent on this earth with such an attitude.

Which, in my opinion, is even more tragic because young(er) people are supposed to be more open minded and more that all so virtuous word ‘tolerant.’

His jaw dropped when I told him I am born and bred Kenyan with a university education with all the rights bestowed upon me as appertains to that degree.

I speak three languages fluently, can understand every word of a fourth and learning a fifth. He almost fell off his seat when I told him the language I am learning 🙂

He was even more shocked to learn that women who look like me swim, weight train, play sports, ride bicycles, climb mountains- literally.

I told him I have a blog and that I was recently published in a national newspaper.

By this time I was so livid I admit I wanted to shake him up. Go read a book, mingle with others, ask questions-  anything but do not be content with your ignorance.

I don’t think that man will soon forget me………

JD, when I later informed him of the incident, took quite the opposite view from me on the subject, social experiment be damn*d. He had a few colourful adjectives for the driver in absentia. Hubby insisted the guy would not have dared say such a thing to a man unless he wanted a fist connected to his chin 🙂

Which makes the driver’s closemindedness  even more despicable.

But he is not alone in assuming things about people like me. About Coastal Muslim women to be exact.

And neither is this incident the first time I have had to defend myself, my faith and my dress. In this very city I was born and raised in.

We (Coastal) Muslim women usually seem to fall into two categories according to those who believe they know everything about us:

We are either dizzy, heena obsessed bimbos whose main delight in life is makeup and weddings.
Or we are austere looking traditionalists like myself who live in caves in Old Town Fort Jesus.

It pains me that in 2021, in Kenya, we still have to be subjected to such close mindedness and stubborn reluctance to find out more about people who are different from you.

I mean we are not in France or the United States for Allah’s sake!

As I once commented to my friend and mentor @strokes of my pen people will believe what they want to no matter how we try to change their mindsets.

More fool they in my opinion.

They are missing out on a rich, vibrant, lively, generous, hospitable culture that would have enriched their experience.

So much for the digital age breaking borders.

It is the walls of the mind that need breaking first.