Just A Random Day In My Part of The World.

Written by najma on July 9, 2021. Posted in A better world, inspiration, mental health, our planet. 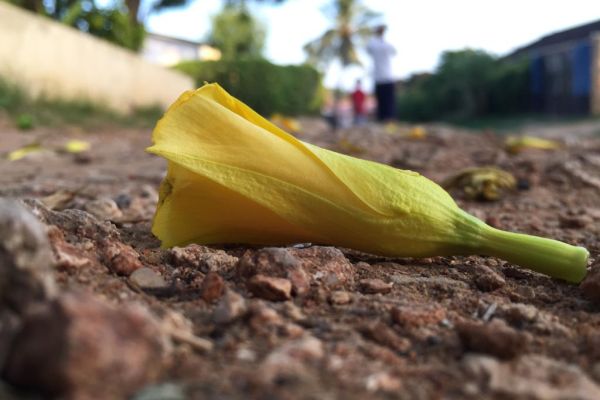 In upper primary school we had a hawkeyed teacher who would notice your spelling mistake from across the room; take apart your theory with a simple question; send you back to your desk – again- to rewrite a sentence properly if the letters did not look right.

He was an exasperating perfectionist who often had us splitting hairs or tearing it out.

But he also made us laugh, all the same, at ourselves and our mistakes. Made us believe we could do better than what we were settling for.

There just aren’t enough teachers like him around anymore.

Perhaps after years of being careful to hand in almost “perfect” work in fear of disappointing Mr. Mistry (whose bark was worse than his bite) has made me super observant.

Perhaps, as a result, my eye is trained to notice the smallest dot out of place, a comma that should have been somewhere else, or the only bottle without a top; the only crooked amongst the straight.

I try not to let it affect the way I see the world. There is, after all, plenty that is good around us.

And yet still I seem to always zero in on the one cobweb that the cleaner forgot to dust away or the one thing that zigged when it should have zagged.

I can close my eyes and see only roses and rainbows but the sensitive empathic writer in me notices more.

Sometimes I wish I did not see what is wrong, skewed and unfair about this world especially when, in some instances, there is not much I can do about it.

I comfort myself that I can make others aware and perhaps they can start the ball of change rolling. I can write about it and my words can make a difference.

While the world moves on in slow motion almost- in almost monochromatic hues what I notice stands out in full HD Technicolor glory:

1. A grown man buys a banana, peels it and, as he eats, throws the peel on the sidewalk.

I see a watermelon wedge, teeth marks and all, thrown onto the Nyali bridge from an earpiercing gas guzzling Range Rover.

2. A goat is tugged by a rope round his neck.

It is beaten for veering off the pavement, the poor thing bleating pitifully.

3. A toddler and two other little ones with their heads out of the front passenger seat of a car in a crowded street during heavy traffic while the adult drives/ talks on the phone.

4. Two teenagers; he with multicoloured hair and a lit cigarette; she happy and laughing in his presence board a small tuktuk plumes of smoke and all.

5. A teacher brings a young child barely 8 years old to the front of the class and instructs the others to jeer at him and call him a liar.

I immediately brought this to the attention of the head teacher who didn’t think it was any of my business since it was not my child or even a relative of mine. He wasn’t even embarrassed to tell me so.

6. Several ‘sane’ men trick and manipulate a well dressed but obviously mentally challenged man to strip and take off his clothes and then laugh at him.

7. A Lady bargains with a ‘mama mboga’ over the price of dhania (coriander) and nazi (coconut); tells her her prices are too high. She then enters a posh coffee shop and orders an expensive cappuccino more than ten times the price of the dhania which she then leaves half full.

8. Workers of a street cafe cheerfully, diligently set out tables and chairs on the sidewalk less than a foot away from a dark, detritus filled little river that has green stuff floating over it.

9. A teacher believing (s)he is God Almighty himself ridicules a teenage student infront of the class for wanting to be on a debate team and tells the members they will surely lose if he was to be one of them.

10. A drunk is about to be beaten to death for taking an interest in a car parked outside the garbage he is sleeping behind.

11. A worker cleans a premises with chemicals that would fell an elephant but he has no mask, no gloves and no goggles.

It’s just another day for you and me in paradise.

I speak up where I can inspite of some insults and disgusted looks thrown my way.

I try to look away sometimes; to close my inner eyes even if my outer ones stay stubbornly open.

There is only so much a heart can bear before it needs to retreat and seek solace.

These days I deliberately seek out and choose to see shop signs, car bumper stickers or even Tshirts with positive messages.

I choose to see gestures of kindness from strangers, even brave plants struggling to grow on cracks in the concrete.

And that fortifies and gives me hope.

And the strength, the next time I see something out of place, to do something about it.