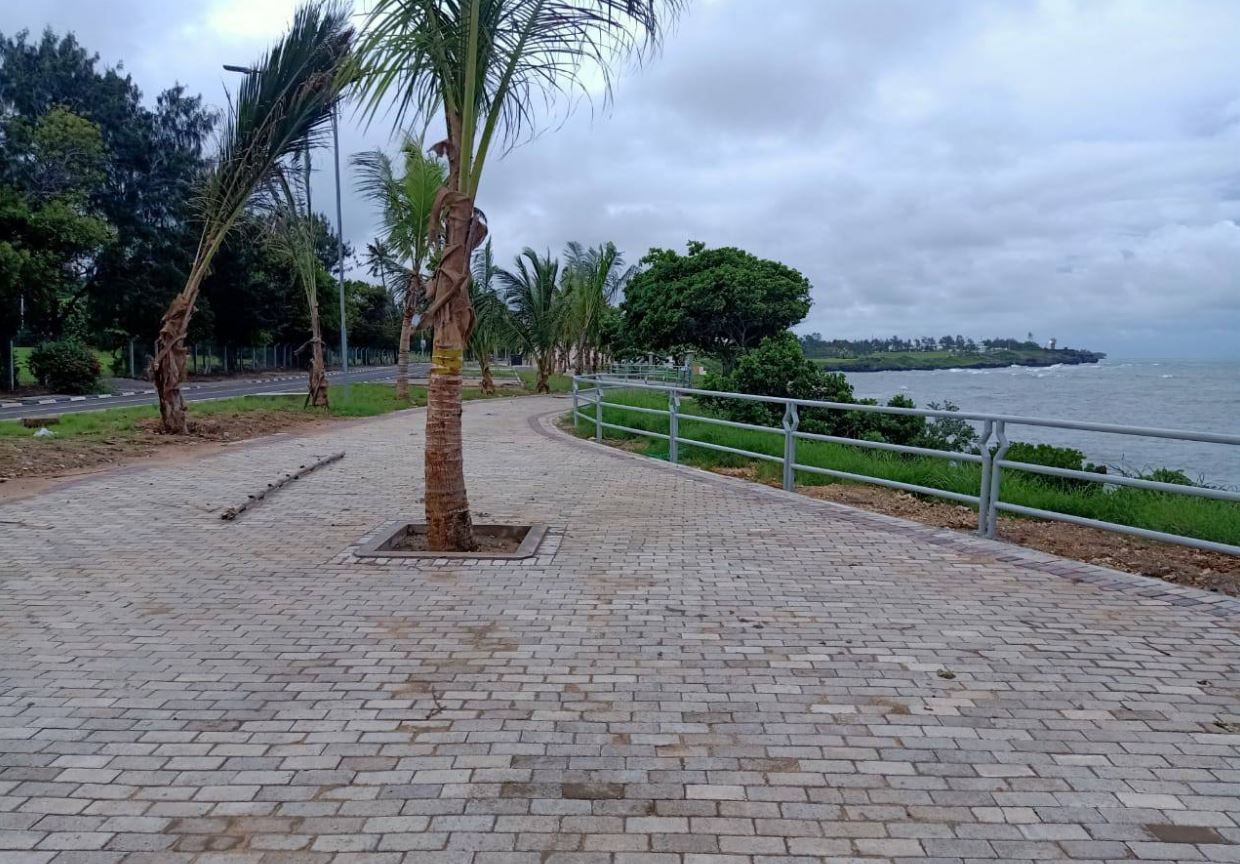 Through My Eyes: A Morning Walk.

” The breeze at dawn has secrets to tell you. Don’t go back to sleep.” Rumi

There is something out of this world about a city when its early morn. When most of it’s people are still cocooned in the warmth of their homes.

This is how it should be I think.

The earth appears vulnerable in almost the same way a sleeping child looks;  all so innocent and your heart just wells up with love for him. Before the horns start their crude invasive honks, before the shouted voices, before the sun stretches further west and the heat gets unbearable.

Here, in our little corner of the globe, our children are already awake and some, like my Princess, already at school though it is only a few minutes after six am.

There are little fires everywhere, lit to prepare breakfast for the masses on their way to work.

Little fires from kerosene stoves and charcoal jikos housed in makeshift thatch roofed cafes; from gas burners if you care to peek into the upper class eateries.

There are people drinking tea at mabati pavement cafes; the smell of  maandazi and ‘ mbaazi everywhere. Someone, I kid you not, is roasting goat tripe or cow tripe- or whatever animal whose remains are sizzling on the makaa grill.  There are men in Swahili kofias  seated  to the side of the neighborhood masjid; elderly gentlemen- perhaps remembering their own younger days.

As I make my way away from Princess’ school I see more children, some rubbing the sleep from their eyes still; young ones hardly reaching up my waist (and I am vertically challenged:-) and some who would fit in well on a basketball court.

Some are buying chewing gum for breakfast-  horrifying the mother in me. I frown at the young teenage girl in conversation with the ‘bodaboda guy’ when she ought to be inside her school gates by now, safe from the wiles of anyone who would seek to take advantage of her.

A man is swearing loudly at the cars and at everything else on the road this day. He is just two feet away from me- social distancing be damn*d.

He mutters over and over how he is a better driver than all of them ‘rich people with their fancy cars and their motorbikes’.

I cannot tell if he is sober or not since he seems steady on his feet. Knowing that he is probably not in his right mind I scoot away to safety. Who knows, he might just decide to push me on to oncoming traffic in his anger although I am neither in a car nor am I paddling on a two wheeler.

I notice that some of the clothes on the people this morning are sharp and trendy while others can’t have seen an ironing board -or the wash basin- in quite a while. I hurt for them because I know how scarce running water is in some neighbourhoods, and that not everyone has electricity in their homes.

With silent thanks to the Almighty I acknowledge my blessings that I do not suffer the same incoveniences.

I look at their faces and wonder- like most writers tend to do- what their story is.

There are some runners coming up the hill, lithe but sweating with the effort. They manage to look cool inspite of the perspiration.

I see ladies like me in walking get up;  laughing, huffing and puffing as they talk.

I see the infirm, leaning heavily on canes and I admire them for their tenacity, for putting one foot in front of the other not giving up on themselves. Struggling but determined.

It is still early.

I walk on lost in my thoughts. Just in time I notice the poor soul sprawled out on a piece of cardboard on the sidewalk.

I wonder about him, what circumstances brought him to sleep here, right in the middle of a busy road, in so vulnerable a position.

He is young, his face is unlined. I think about his mother, if he has one, and I think about whether she knows where to find him. I wonder how many nights he has spent here, what injustices he has witnessed; against himself and against others;  what he has suffered in this corner where feet pass carelessly over him oblivious to his plight.

I hear the Quraan from open shop windows, from the vehicles that pass me and from the lips of fellow pedestrians.

A tuktuk passes with loud offensive beats and I am outraged at the driver for not caring to keep the morning ‘ambience.’

I see the thermo gun raised and lowered at all the gates I pass; it is the new pass mark before entrance to the schools, the university I passed and the ‘official’ workplaces.

My feet step on grass, on gravel on tarmac on sand and on flagstones. I jump over dirty murky muddy water. I pick out that, alongside the usual detritus of plastic water bottles and other garbage, there are discarded masks everywhere. As if their owners had had enough of the darned things, ripped them off their faces, threw them down and stomped on them.

The joggers pass me again but I am in no hurry.

This is what the world looks like before it is overtaken by busyness, noise, raised voices.
This is what people look like before they begin to blend into the background as we are submerged into our to do lists, our worries and as we run after our goals.

I smile fondly at everything and everyone behind my own mask. Like a mother reluctant to see her young child off to school for the first time I am loathe to see this day mature.

The sun is fully out now and it is much warmer.

It is still not even 7am and yet the day has already put on its business face.